Interesting Facts about Barbados from A to Z

A – Atlantic Ocean. Barbados is often mistaken to be partially located in the Caribbean Sea but it is in fact completely surrounded by the Atlantic Ocean!

B – Beaches. As a coral island, Barbados has more than 80 pristine white-sand beaches offering beach-lovers ample variety from the tranquil waves of the West Coast to the tidal surf on the East Coast.

C – Concorde. The Concorde Experience is a museum housing one of the only 20 Concordes ever built. The turbojet-powered supersonic airliner was grounded in 2003 and is located within walking distance of the Grantley Adams International Airport. 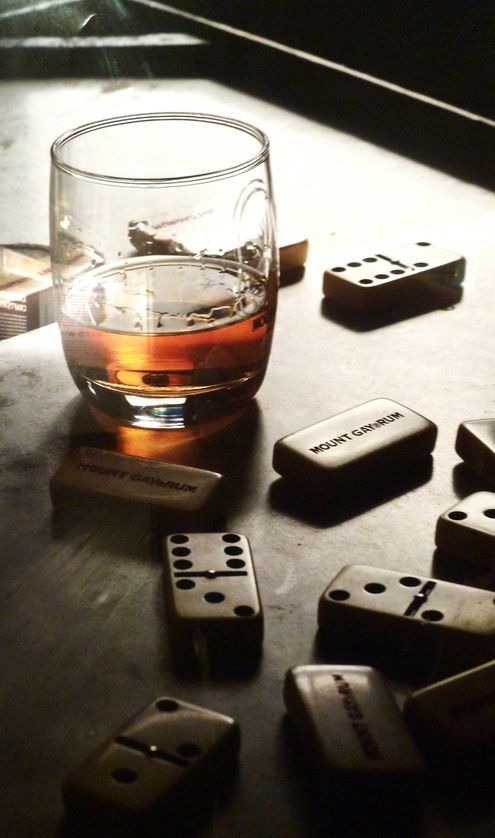 Rum and Dominoes. via Instagram.com/pm______

D – Dominoes. Dominoes is a staple of Bajan social life; you’re sure to find a game being played at a rum shop or local corner shop. The World Council of Domino Federations (WCDF) is headquartered in Barbados.

F – Fertility. The Barbados Fertility Centre is the only full time fertility unit in the Caribbean region. Its success rates are higher than the UK and the USA and treatment costs are a third of the price.

G – Grapefruit. The grapefruit is said to have originated in Barbados as a hybrid of sweet orange and shaddock. It became well established as a fruit for home consumption in the islands of the West Indies before gaining global popularity.

H – Hawksbill Sea Turtle. Barbados has one of the largest hawksbill nesting populations in the insular Caribbean. One of the best ways to swim with turtles in Barbados is to join a catamaran snorkeling cruise. Tours are available at Saint Peter’s Bay and Port Ferdinand.

I – Independence. Barbados declared its independence from the United Kingdom on November 30, 1966 but retained Queen Elizabeth II as its ceremonial head of state until November 30, 2021 when the country became the world’s newest republic.

K – Kadooment. Grand Kadooment Day observed on the first Monday of August celebrates the end of Crop Over (a sugar cane harvest festival) in a magnificent street parade where ornately adorned masqueraders dance behind music trucks and moving bars.

L – Lighthouses. Barbados has four historic lighthouses notwithstanding their aged and endangered condition, most are still active. The oldest, erected in 1852, is Gordon’s Lighthouse and can be found in Atlantic Shores on the South Coast. Made entirely of cast iron, it is the last one of its kind in existence.

M – Monkeys. Commonly found around the island in gullies, groves and lush landscapes, green monkeys have become a popular aspect of Barbadian heritage. These primates originally came from Senegal and The Gambia in West Africa approximately 350 years ago.

O – Oistins. Oistins is an active fishing town on the south coast and the Oistins Fish Fry on weekends has become one of Barbados’ most popular tourist attractions. Oistins is also the site of the annual Fish Festival which honours those who have contributed to the local fishing industry.

P – Portuguese. Barbados was once settled by the Portguese in 1532 to 1620 and it is said that the name “Barbados” is from either the Portuguese term “os barbudos” or the Spanish equivalent, “los barbudos”, both meaning “the bearded ones”.

Q – Queen’s Park. A 1000-year-old tree can be found in Queens Park, Bridgetown. This Baobab tree is one of only two on the island and is so massive it takes 15 adults with hands fully outstretched to cover the circumference of the trunk.

R – Rum. Barbados is considered the birthplace of rum, and Mount Gay distillery – founded in 1703 – is believed to produce the oldest rum found anywhere in the world. Rum is the essence of Bajan culture.

S – Sugar cane. Since the 17th century, sugar has been knitted deeply into the historical and cultural fabrics of the people of Barbados. The highly rated Barbados sugar is renowned for its darker, more molasses tinged flavor. Second to tourism, sugar remains a significant industry to Barbados’ economy.

T – Tuk band.  Tuk music is a form of folk music considered indigenous to Barbados. Its Afro-centric drumming rhythms fused with various elements borrowed from colonial influences. A tuk band is a kind of marching band and the two important drums used in tuk are the bass and snare.

W – Warm climate. Barbados offers year-round sunshine with a warm tropical climate. The maximum daily temperature is 75-90 °F and the island is consistently cooled by North-East tradewinds. It is the perfect warm-weather destination to escape the winter months!

X – X marks the spot! Barbados has a deep pirate history, in fact it was the port of call for treasure ships bound for Spain, and it was often the first stop for European trade ships heading for the New World. Two pirates of the Caribbean Barbados is known for are Sam Lord and Stede Bonnet.

Y – Youngest Senator.  Following Barbados’ elections this year and announcement of the new cabinet, Prime Minister Mia Amor Mottley proposed an amendment to the constitution to facilitate the appointment of Barbados’ youngest senator – 18-year-old Khaleel Kothdiwala. Once installed, Kothdiwala will become the youngest senator in history.

Z – Zeal. Barbadians take pride and dignity in their nationhood and are fervently invested in Barbados’ tourism industry. Whether visiting for the first time or returning to our shores, you will find our authentic Bajan hospitality is second to none!

Book direct and experience our quality service and luxury amenities. You’ll always be taken care of in tranquil and beautiful Barbados.